"Sophie Draper is a remarkable new voice, combining beautiful writing with a gothic creepiness and a level of suspense which will keep the reader gripped to the end."
Stephen Booth, author of the Cooper & Fry series.

"A brilliant, sinister debut that creeps under your skin and
keeps you hooked until the shocking ending."
Roz Watkins, author of The Devil's Dice.

Comments from NetGalley readers include:

"Sophie has created such an aura of intrigue and mystery that I began to see shadows at every page... A dark mystery, an intriguing atmosphere and a swift pace make this story a riveting and engrossing thriller."

"You find yourself turning the pages faster and faster until you reach the stunning conclusion."

"In a world where thriller books reign supreme, this one truly stands out. I've never read anything like it.... The ending? BLEW. ME. AWAY. I feel like I'm going to have a book hangover now. SO, SO GOOD."

"A page turning chiller of the highest order which begs to be turned into a film or television drama."

"WOW!!! One of the best reads of the year! ... I never use the term 'jaw-dropping' but it best describes the rest of this spectacular read !!! Guaranteed suspenseful twists that make this book a masterpiece!!!"

"A very cleverly woven story." "Haunting and different." "Spooky, creepy, downright nerve racking, but oh so good!" "I will be recommending the heck out of this on Twitter." "I give it 5+++ stars ⭐️ out of 5."

"A clever and absorbing psychological thriller!" "Kept me on the edge of my seat." "Beautiful writing."

"One of my favourite psychological reads this year."

There's a stranger in your home...

When her stepmother dies unexpectedly, Caro returns to her childhood home in Derbyshire. Charged with clearing the house, the remote farmhouse offers refuge from a bad relationship, and a chance to start again.

But Caro hadn't seen Elizabeth for years, and going through her belongings unearths memories Caro would rather stay buried. In particular, the story her stepmother would tell her, about two little girls and the terrible thing they do.

As heavy snow traps Caro in the house, and her neighbours stare and whisper, Caro is forced to question why Elizabeth hated her so much, and what she was hiding. But does she really want to uncover the truth?

Cuckoo is a psychological thriller set in the wilderness of rural Derbyshire. A haunting and twisty story about the lies we tell those closest to us. Perfect for fans of Ruth Ware and Cass Green.

Listen to the opening pages read by Sophie, here. 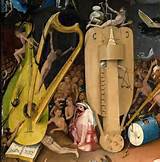 It was chosen as a Fern Britton Picks book for Dec 2018 and also one of the Top Ten Reads of 2018 by Bookliterati. Cuckoo went on to reach no 1 in the Bookseller's Heatseeker list.

Available now on Amazon and at all good bookshops.

Sophie's next book, Magpie, another psychological thriller, is scheduled for publication in the UK on 28th November 2019 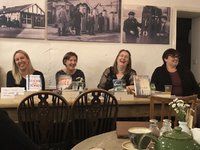